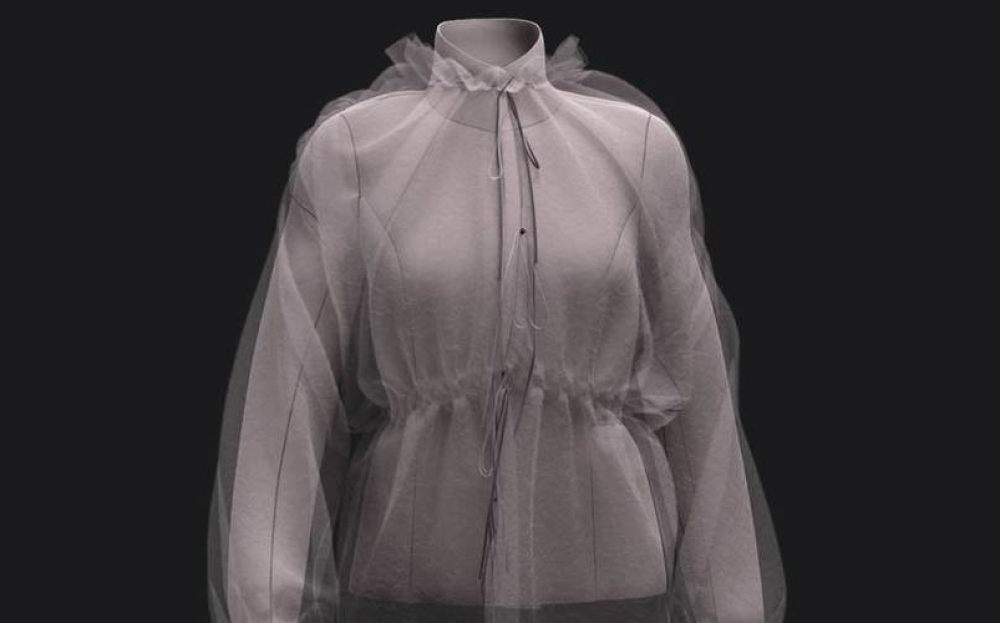 Fashion weeks have been a professional highlight for editors and buyers since New York created the very first one in 1943. Their sense of identity and self-importance were cemented by which shows they were invited to attend and in which rows they sat. The New York-London-Milan–Paris circuit became a whirling social calendar which secured them access to the hottest restaurants, most exclusive hotels, spas, and celebrity-filled parties, as well as international networking opportunities. New fashion weeks were emerging–– Copenhagen, Sao Paolo, New Delhi, Tokyo––to challenge the four main capitals and expand their globetrotting.

Then a global pandemic hit. Everything shrunk, except for the digital sphere which suddenly gained prominence. The wastefulness of fashion shows and the huge toll international travel inflicts on the environment became headline-making. All this conspired to leave a sector of the fashion community with a sense of foreboding. If fashion goes digital, are we losing more than we gain?

R Scott French, co-founder of events and public relations firm, VERY New York, and a key figure of NYFW ever since he presented his menswear collections in Bryant Park in the mid-00s, believes how we respond this September will determine everything. He foresees no return to traditional shows for Spring 2021, even questioning the legality of such an undertaking. “I fail to see how we’re going to convince legions of editors to gather together in one small room, sitting hip-to-hip with only inches between rows, only to be repeated over and over all day long,” he tells FashionUnited.

Typically, fashion shows can have up to 150 people crammed backstage, excluding attendees and the heaving photographer pit. In New York’s heyday there were close to 300 of them in one week, costing between 30–100 thousand dollars to stage, and lasting about 15 minutes each.

The Camera Nazionale della Moda Italiana announced only a digital menswear lineup for Milan Fashion Week which is scheduled for 14-17 July but said September’s fashion week will go ahead as scheduled, merging both digital and live events. This comes on the heels of the Fédération de la Haute Couture et de la Mode announcing that Paris Fashion Week will proceed with physical shows in September. “In my opinion, Paris is being irresponsible and ultimately will pay the price for their activities, both in terms of health and public perception,” says French.

As the global pandemic was hitting in March, Shanghai Fashion Week responded by moving swiftly to digital with 150 designers and brands presenting their collections via livestream during which 2.75 million dollars worth of goods were sold to a reported 11 million viewers. This resourcefulness amid Covid panic set a precedent, but the rather disappointing digital London Fashion Week that has just passed undermines those gains.

It was a three-day experiment which FashionUnited’s Don-Alvin Adegeest, who attends Paris and London Fashion Week, believes deserves a pass. “They had 8 weeks to create a new digital format,” he says. “From a commercial perspective it was difficult to quantify.” While he understands the need for a greater commitment to sustainability and a more manageable calendar, he also acknowledges the energy and adrenaline which can turn fashion shows into once-in-a-lifetime theatrical events. “I've attended some memorable runway presentations like Alexander McQueen's AW2001 Merry-go-round in a South London bus depot, and seeing a live Prince set during Matthew Williamson's LFW show. None of that buzz can be translated to a digital format. While it is entirely possible to make visually stunning films and video, it's not the same.”

The Italian fashion body’s decision to merge digital and physical is an attempt to straddle the glorious past of Adegeest’s recollections, the uncertain present, and the unknowable future. The word “phygital” has been coined. But French sees fence-sitting as a transformative opportunity squandered. “Fashion is a reflection of the times and these are unusual times. It is a time for fashion to lead and America enjoys a reputation for being innovative and fresh in its approach to marketing and commerce. The pandemic gives us the ability to rise to the occasion and make the best of a new situation and, in the process, discover new ways to communicate our message.”

New messaging is the calling card of the Institute of Digital Fashion which launched last month billing itself as “an emblem for change in this broken system.” In a recent IG Live discussion co-founders, Leanne Elliot Young, and self-taught digital designer, Cat Taylor, bemoan the limits of the traditional fashion landscape which has always been confined within four walls––walls which they are determined to break down. “Livestreaming is such a flaccid part of digital,” says Young. “And briefs that are coming in demonstrates that brands still have no understanding of the potential.”

Young, like French, insists this is not a moment for hesitating but for toppling hierarchies and charging forward with a merging of IRL and URL which will reinvent the stodgy old fashion system. She views Paris Fashion Week’s decision as “archaic,” adding that “It’s just fear of not knowing what else there is so let’s just carry on with how it’s always been.”